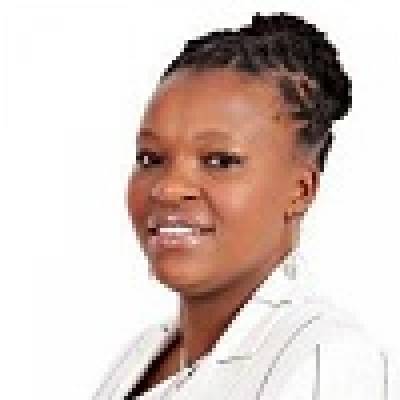 Babalwa Ngonyama is the CEO of Sinayo Securities, a women owned and managed business. She is a member of the Forbes and Choiseul top 100 in Africa. She represents South Africa on the B20 as one of the business leaders.

Babalwa is the deputy chairperson of Brand South Africa. She is the former Chief Financial Officer of Safika Holdings (Pty) Ltd. She was the Group Chief Internal Auditor of Nedbank Ltd.

A Chartered Accountant with MBA and an astute leader with highly regarded business acumen. She sits on the board and audit committee of Aspen limited a top 20 JSE listed company, Barloworld Ltd, Implats Ltd and chairs the audit committee of Group Five Ltd and Clover LTD amongst others.

In 2008 Babalwa completed the Women in Leadership Programme at Harvard University in Boston.

Having been an audit partner at Nkonki and thereafter in Deloitte’s Financial Institutions Services Team (FIST) division, her clients included banks, treasury, private equity, and stockbrokers as well as divisions of two of the Big Four banks in South Africa. She was also lead partner on the audit of one of the leading women’s financial services groups in the country.

In August 2008 she received an award as a BBQ business woman visionary in 2008. This award recognises her ability to surmount the impossible by achieving success while maintaining humility and willingness to serve people of South Africa as a mentor, guide and leader .

Babalwa is a well-networked member of many associations and has made considerable contribution to driving awareness of women in the profession.

Named in The Star – 2005 Twenty Top Women to Watch and selected as one of Enterprise Magazine’s 2004 Top Businesswomen of the Year.

Babalwa was the chairman of the Transformation Advisory Board of the firm which advises the executive committee on transformation issues, she was also the transformation champion for FIST, where she was responsible for setting transformation strategies and monitoring their effective implementation.

Her dynamic leadership in this role included the successful organization of a national conference on transformation that dealt with changing perceptions and attitudes toward transformation, and developing a transformation strategy that had a buy-in from the business unit’s management. As a result, the strategy was successfully implemented with very tangible results.

In 2004 Babalwa formed part of a succession-planning work stream that advised partners, the board, and management on opportunities and core challenges facing the firm’s succession planning as well as recommending the ways in which to overcome these challenges and take advantage of the opportunities. In October that year she led new South African partners to the Global New Partner Seminar in Los Angeles, where she was also a facilitator.