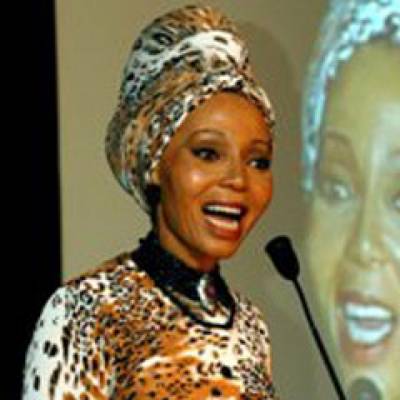 The Businessperson of the Year 2008, Bridgette is a heroic woman and a born entrepreneur who defied legislation to build her own successful mining group. She is an economic activist, an agent of transformation and a pioneer of change who has played a key role in changing exclusionary mining legislation in South Africa and who pioneered the implementation of empowerment mining models in Africa and internationally.

Bridgette was born into an entrepreneurial family during the apartheid era when black people were not allowed to hold a mining licence – and not allowed to mine or own mining rights. Her parents had to fight oppressive rules against businessmen and this created the foundation for the spirit of economic activism within Bridgette and her family.

In 1976, she and her tribe, who were robbed of royalty payments for mineral rights leased to a Canadian company, marched to the mine seeking justice. They were met with teargas, dogs, police and guns.  Bridgette swore that she would become a mining lawyer, but despite being accepted at Wits University, her race prohibited her from studying there.

Banished to the University of the North – a racist ‘Bantu education’ institution – by the regime, she, together with other students striking against Bantu education, was expelled. That ended her struggle towards a career in law.

This however did not deter her from pursuing her dream. Twenty three years ago Bridgette defied legislation and entered the mining industry as the first black mining entrepreneur. Women at that time were prohibited by legislation from owning mining rights or working in mines. Her social entrepreneurial passion allowed her to persevere despite the odds. As a contract miner, her company produced minerals and managed shafts for the big mining houses, acquiring the relevant skills and expertise that were so critical for her to build her own business.

Today Mmakau Mining has equity in platinum mines, coal, chrome and gold as well as in Shaft Sinkers, a company that specialises in shaft sinking, mining construction and development world-wide.

Through her leadership, Mmakau’s prime focus is on investment in sustainable mining ventures through community-driven involvement, which provides for wealth creation through empowerment procurement practices, managed empowerment partnering and entrepreneur development. This Integrated Resource Management model has created the equity participation of many rural communities and has sustained the wealth creation process through public-private partnership models and policies.

Through her presidency of the South African Mining Development Association (South Africa’s largest Mining chamber), her pioneering models in creating sustainable mining communities and robust business and infrastructure development in rural areas, through integrated resources development programme, have alleviated poverty and restored the dignity of indigenous peoples; thereby addressing the “resource curse syndrome”. This model is being adopted and adapted by various resource-abundant countries and mining chambers.

She is the Founder and a member of the Board of Trustees of the New Africa Mining Fund to aid junior mining companies, particularly empowerment companies, with finance and skills, and former Vice Chairman of the Minerals and Mining Development Board that advises the Minister of Minerals and Energy.

In her capacity as president of SAMDA, Bridgette was instrumental in the lobbying and design of the Minerals and Petroleum Development Bill, The Royalty Bill, and the Empowerment Mining Charter in partnership with the Minister of Minerals and Energy, Labour Unions, the Chamber of Mines and other stakeholders. In the mid-eighties she was the head of Public Affairs for the National Soccer League and contributed to the development of soccer in South Africa. She is a founding member and served as the first Chairperson of the International Women’s Forum South Africa, and has recently been nominated as one of the 20 Most Powerful Women in Africa by ‘Forbes’ Magazine. She often presents at Fortune Most 200 Powerful Women Conferences, and also serves on various boards including Sappi Limited, the biggest paper and pulp company in the world.