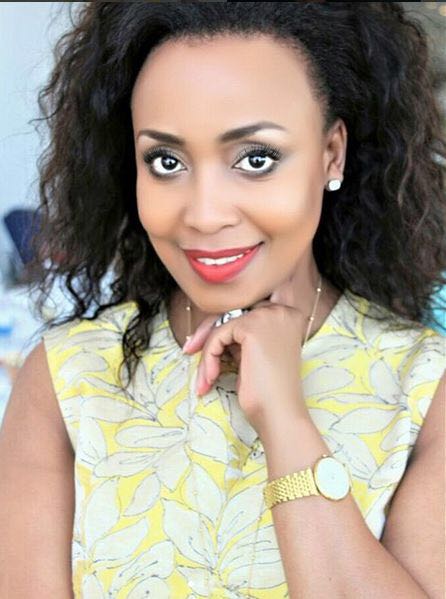 Carol is a speaker, children and women’s rights activist, television producer and businesswoman. She is an independent and forthright thinker.

Carol Bouwer is working hard to create her own niche in the business sector while retaining platforms to recognise the role women play in the social, political and economic development of South Africa.

Motswako
That is why through her company, Carol Bouwer Productions, she has created projects designed to esteem women in a society that often erases their gains. Her talk show broadcast on SABC, Motswako enters season 20 in 2020 and remains her pride and joy. The show addresses pertinent women issues such as empowerment and women’s leadership across various fields. As Motswako continues to entertain and educate viewers, Carol launched the Mbokodo Awards to recognise women who have shown leadership, fostered growth and made efforts to strengthen the arts.

Mbokodo Awards
Carol believes the arts are an essential part of an ever evolving nation and the awards recognise the role that women play as custodians of the family and they are key in engendering heritage which builds the identity of future generations. “The Mbokodo Awards are a conduit by which I get to gather with my fellow countrymen to honour the incredible women who are the backbone of our arts, culture and heritage in South Africa,” says Carol. “I was inspired to start the awards because I felt we cannot allow a world where men are lone heroes while the women who have worked alongside them, to build our democracy, continue to go unsung. I am glad that slowly we have begun to normalise the parity and hopefully in time the awards will become irrelevant because we will have achieved our goal,” she says.

Carol is invested in media, communications, mining and property development. Carol Bouwer Productions has helped nurture many young graduates who are now renowned as producers and that is probably our proudest achievement. Bouwer can be described as fearless and empowering, in 2008 she chaired a women’s forum in parliament and spearheaded the legislation of the anti-bullying and anti-drug abuse laws in South African schools.

African Odyssey
An annual summit for women entrepreneurs. The creation of a summit to empower young women in Business came about as a tool to connect young entrepreneurs to international opportunities and The African Odyssey summit is now in year four.

Carol Bouwer Bags
She designs premium handbags using South African wildlife sourced ethically in line with the UN Convention on endangered species. CB bags are produced in Cape Town and the desire to help retain jobs in the manufacturing sector remains a huge driving force. The luxury bag line is designed to shift the paradigm for African artisans the world over. This attention to detail was rewarded with the bag range opening its first store at the prestigious One and Only Hotel in Cape Town.

Construction
As director of Bazi developments which she sold in 2015, she oversaw the correction of thousands of badly built RDP homes and the creation of a higher standard of gap houses in the Western Cape. Her desire to ensure people’s dignity is not stripped by their dwelling meant she was a hard task master but the housing challenges continue and it is her hope that all children will be guaranteed their basic human right to adequate shelter!

Peace Island
Carol’s most ambitious project yet – a development project called Peace Island is one she continues to work towards. The idea by her husband Edward Bouwer, remains a project she hopes to deliver on in the future as we seek to address the spatial disparities inherent in SA.

Born in Rockville Soweto, she was encouraged to dream and her biggest dream was to attain success. Success being self actualization rather than money in the bank! Carol says she has never believed that women should be treated preferentially, but she is committed to seeing women receiving their fair share and equal opportunity.

She is passionate about supporting women in abusive situations and was proud to host the launch of the Thuthuzela Women Centres with the department of Justice as well as USAID. Carol’s advocacy dates to her time when she founded Motswako the women’s talk show as well as her time serving on the board of the Amy Biehl Foundation. In 2018 she was appointed UNICEF SA Special Advocate for women and children and founded South Africa’s Influential Women Circle to support her role.
As a former board member of the Amy Biehl Foundation- now called the Amy Foundation which supports disadvantaged youth, Carol’s journey of philanthropy has been consistent and passionate.

She also served on the Second Chance panel, an NGO that provides care for young people and adults recovering from substance abuse. Over the past few years, Carol has facilitated a series of high-level engagements between UNICEF South Africa and South African leaders, private sector executives and high net-worth individuals and has hosted events to advance the child agenda in South Africa.