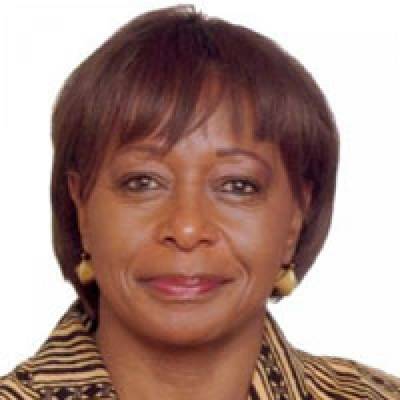 In loving memory – Konji Sebati was the CEO of IPASA, the Innovative Pharmaceutical Association of South Africa; Konji has over 25 years’ experience in the Public and Private sector.

Konji served as a Medical Officer in Paediatrics and Child Health for several years before managing 21 Primary Health Care clinics in peri-urban and rural Odi District, Pretoria. She commissioned a 200-bed hospital, Odi Hospital, Ga-Rankuwa, and served as the Hospital Administrator.

She joined the private sector working for the innovative pharmaceutical industry, first with Roche as Medical Advisor and then with Pfizer Pharmaceuticals as a senior Executive in Medical and Corporate Affairs, in South Africa and at the Pfizer Headquarters New York.

In 2004 she was appointed South Africa’s Ambassador to Switzerland, The Vatican and Liechtenstein, and in 2008 was appointed Ambassador to France, UNESCO and the OECD.
She worked as an International Civil Servant working for a United Nations Agency, WIPO, the World Intellectual Property Organisation, based in Geneva.
She was appointed a senior Director heading the Department of Traditional Knowledge and Global Challenges.

The Traditional Knowledge Division was responsible for facilitating text-based negotiations with WIPO Member States, for the protection and promotion of Traditional Knowledge, Traditional Cultural Expressions and Genetic Resources. The Global Challenges Division was addressing the interconnectedness between Innovation and Intellectual Property; and because solutions from innovation-driven initiatives are feasible, her Department worked in particular on global health, climate change and food security, the three challenges mostly facing developing countries.

Konji’s latest achievement was being appointed to the Board of the Medicines for Malaria Venture (MMV).