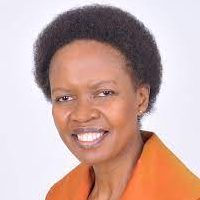 She was a Special Advisor to South African President Thabo Mbeki from 1999 to 2008. From 1994 to 1999, she was an Advisor to then Deputy President Mbeki in the Mandela administration. During this time, she spearheaded South Africa’s economic diplomacy, ensuring a global presence for South African companies. She was involved in peace-making initiatives in the Democratic Republic of the Congo, Cote d’Ivoire, Comoros, Sudan, Lesotho, Somalia, Zimbabwe, Iran and the Middle East.

Also during the administration, Ms. Gumbi advised on domestic policy issues including the reform of the local healthcare industry, the expansion of South African industry to the rest of Africa and the world, banking and mining sector reforms.

Ms. Gumbi was one of South Africa’s principal negotiators at the Seattle and Doha rounds of the World Trade Organization, and served as President Mbeki’s personal representative to the G8, where she played a leading role in the establishment of the G5 Group (Brazil, China, India, Mexico and South Africa). She served also as President Mbeki’s personal representative in the Progressive Governance Network.

Ms Gumbi continues to advise on a number of African issues.

Prior to serving in the Presidency, Ms. Gumbi was an Attorney from 1984 and an Advocate from 1993. In these capacities, she defended political activists from all political organizations in South Africa. She acted as the Head of the Adjudication Secretariat of the Independent Electoral Commission (IEC) during South Africa’s first democratic elections in 1994, bearing the ultimate responsibility within the IEC for the resolution of all disputes arising out of those elections.

Ms. Gumbi holds Law degrees from the South African Universities of the North (now University of Limpopo), and Witwatersrand, and a certificate in Trial Advocacy from the University of Texas in Austin. She serves and has served on the boards of many companies, trusts and philanthropic associations including the Nelson Mandela Children’s Fund, the Open Society Foundation, African Bank, LexisNexis, PPC, the Southern African Political and Economic Trust (SAPES), the Black Lawyers Association and the Thabo Mbeki Foundation.

She was born in 1958 and has two adult children.